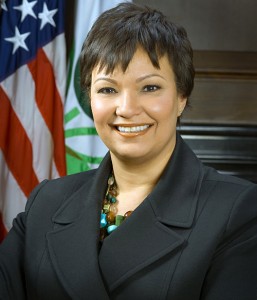 Since taking office, EPA Administrator Lisa Jackson has made huge strides towards promoting and expanding America’s environmental justice movement. In an effort to better address the health and environmental burdens placed upon impoverished and predominately minority communities, the Administrator has appointed both a Senior Counsel for External Civil Rights and a Senior Advisor for Environmental Justice. In recent months she has hit the road, traveling to disproportionately affected communities around the country on an “Environmental Justice Tour.”

Commending the tour’s goals, South Carolina House Majority Whip James Clyburn said during a press release, “the tour is evidence of the Obama administration’s commitment to ensuring that minority communities who have suffered disproportionately from poor air quality, contaminated drinking water, and industrial pollution receive the resources they need to remediate these conditions and meet future challenges.” The tour has placed a strong emphasis on environmental justice awareness and education–an objective fully supported by the EPA, which expects to grant over $1,000,000 to environmental justice groups this year.

The icing on this justice flavored cake is Plan EJ 2014, an interim guidance document which will strengthen the integration of environmental justice into EPA’s rulemaking process. The newly released draft plan has been named in recognition Executive Order 12898, Federal Actions to Address Envrionmental Justice in Minority Populations and Low-Income Populations, issued by President Clinton 2 decades ago.

“Historically, the low-income and minority communities that carry the greatest environmental burdens haven’t had a voice in our policy development or rulemaking. We want to expand the conversation to the places where EPA’s work can make a real difference for health and the economy…This plan is part of my ongoing commitment to give all communities a seat at the decision-making table. Making environmental justice a consideration in our rulemaking changes both the perception and practice of how we work with overburdened communities, and opens this conversation up to new voices, ” said Lisa Jackson.

The new plan, Interim Guidance on Considering Environmental Justice During the Development of an Action, will set out to:

EPA welcomes and encourages comments and ideas on the guide. You can read more about the plan and submit feedback here. The deadline for comments is October 1, 2010.