“There is a Limit to Resilience” — Live from New Orleans

New Orleans, LA, September 30, 2010:  This morning I had the privilege of hearing Dr. Jane Lubchenco, Administrator of 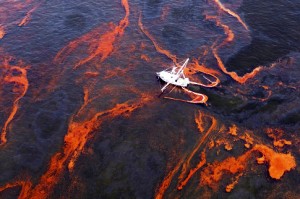 the National Oceanic and Atmospheric Administration (NOAA) deliver the Keynote Address focused on the Gulf oil spill and response at the American Bar Association’s Section of Environment, Energy, and Resources’ 18th Fall Meeting and Summit.  Her remarks were followed by Admiral Thad Allen of the U.S. Coast Guard, who served as the 23rdCommandant of the Coast Guard, directed the federal responses to Hurricanes Katrina and Rita in the Gulf Coast, and since his term as Commandant ended in May 2010, has served as the National Incident Commander of the Unified Command for the spill in the Gulf .  Then, I moderated a panel on our collective future post-spill, with David Hammer, Staff Writer for the Times Picayune in New Orleans, Monica Medina, Principal Deputy Under Secretary of NOAA, and Professor Zygmunt Plater, Boston College Law School.

Let me share a few points from this morning’s unbelievably insightful and timely discussions. Dr. Lubchenco emphasized the government’s full commitment to complete restoration of the Gulf, and reminded us that “good science should underpin all that we do.  Good science will shape the continuum of the recovery.”  Two of NOAA’s tools – the oil trajectory forecast and the spot forecast – allowed NOAA to take a “smart, tactical response” to the spill.  NOAA is very focused on seafood safety – today, 13 percent of the Gulf remains closed to fishing.  NOAA has developed three criteria to reopen fishing areas – 1) free of oil for 30 days; 2) unlikely the area will reoil; and 3) the seafood from the area has to pass extensive tests.  She noted that five of seven endangered sea turtle species live in the Gulf, and that 592 turtles have died – although 152 rehabilitated turtles have been reintroduced to the environment.  Finally, Dr. Lubchenco noted that there is “no separation of the well being of residents” and the “health of the Gulf.”

Admiral Allen noted that tomorrow, the National Incident Command will be disestablished and it will be his last day of duty.  Future work will be a very detailed focus concentrated in the Region.  No boom remains in Mississippi, Florida, and Alabama, and the boom may be removed in Louisiana soon.  Work here on out will be focused on the recovery, Natural Resource Damage Assessment, and EPA Administrator Jackson’s ecosystem task force formed at the direction of President Obama.  He noted that the Gulf is resilient but “there is a limit to resilience. ”

During the panel I moderated, David Hammer highlighted a series of articles he’s written (available at www.nola.com) on the choices made by BP which led (in part) to the disaster and what went wrong on the rig.  Monica Medina highlighted NOAA’s commitment to continued recovery; and Professor Plater discussed claims (common law and statutory) that may come out of this catastrophe, as well as striking similarities between the Exxon Valdez situation and the BP Spill – namely, “collusion, neglect, complacency” with much dominant information coming from the regulated industry.

Taking the time to reflect on this disaster was worth every moment of my morning – and that of over 400 environmental lawyers from across the nation.  Admiral Allen’s comment — that “there is a limit to resilience” — is something we should all take to heart.