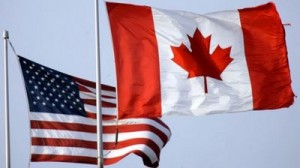 The evening began with two Canadian officials (Kibui Pyron: Senior Officer Political/Economic Relations & Public Affairs, Canadian Consulate General; and Alain Olivier:  Director of Communications & Public Affairs, Quebec Government Office) introducing the primarily American audience to some of the strides that our northern neighbors have made in reducing their impact on global carbon emissions.  These strides include over 60% of Canadian (and 95% of Quebec’s) electricity being supplied by hydro-based technologies as well as supplying the United States with 9-10% of our power demands and a third of our uranium resources.   Each of the panelists then was given five minutes to introduce their perspectives on the development/implementation of renewable energies.

The panelists’ comments covered a wide spectrum of energy issues.  Dr. Nathwani focused his presentation on the “scale and time” issues facing the global community in world energy demands of the future.  He projected that by 2050 the world would double or even triple its energy consumption if current population growth and economic development trends continue.  He stressed that this demand in consumption combined with the need of reducing the total carbon emissions, in order to achieve sustainable world climate, requires a much more long-term approach to renewable energy development than is now occurring in government and business offices.   Dr. Pineau discussed this issue in terms of rethinking energy organization and international treaties in order to harmonize pricing and sharing of resources.  He used the vast amount of Canadian hydropower as an example.  Citizens of Quebec pay $.07/kwh compared to the $.16/kwh New Yorkers pay.  He emphasized that transporting more electricity to New York and harmonizing the prices would both reduce carbon emissions and lower power costs for New Yorkers.  Professor Robinson cited the Great Lakes Compact as a model for more integrated regional/international cooperation of environmental issues.  He noted the following difficulties facing renewable power source development:  (1) the traditional policy of equating external costs of carbon pollution as zero;  (2) a wide variety of energy sources (i.e. cheap hydro-fracturing techniques) that keep the overall cost of energy low; and (3) the unpopularity of changing the “cost factor” in the midst of  an international recession.  Mr. Van Nostrand discussed the complexities of  renewable power sources and public policy.  He stressed the competing policies, including the desire to create our own renewables (i.e. locally produced wind farms) in order to insure jobs and economic viability in New York and the nation as a whole.  His comments were an important reminder that  political realities dictate that the goal of reducing carbon emissions will have to proceed within the framework of tangible economic factors.

The final portion of the evening was a question and answer session directed by Mr. Revkin, including questions from those in attendance.  The issues tended to expand upon the topics introduced by the panelists.  Topics of interest were energy efficiency in production, “distributive generation” systems (building generation closer to loads), self-sustaining micro-grids, and the cost ineffectiveness of nuclear power in the U.S.  The panelists (and audience) often were in agreement, but the discussion also showed that there are conflicting interests regarding renewable power development.  Overall, the event was an example of Pace’s commitment to learning and seeking solutions to complex issues by expanding the discussion of environmental  policies in both scope and international involvement.