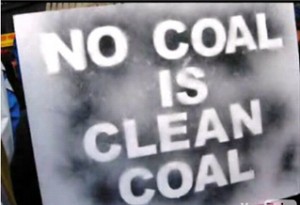 Yesterday, the Fourth Circuit Court of Appeals affirmed a District Court injunction requiring the West Virginia Department of Environmental Protection to obtain Clean Water Act permits for acid mine drainage from abandon coal mining sites taken over by the State after the coal mine operators defaulted on their remediation bonds. West Virginia did not dispute that the sites it operated met the elements of the CWA permitting requirement – discharges of pollutants from point sources into waters of the United States. Indeed, the State itself required permits for these same sites when they were operated by mining companies before being abandoned. Rather, the State argued that since it did not create the pollution problem, it should not be required to meet regulatory standards for cleaning it up. West Virginia also argued that it would not be able to treat the abandoned mine discharges to meet EPA’s technology based standards for pH, iron, and manganese, or even its own water quality criteria, with available funds from its abandoned mine remediation fund.

The Fourth Circuit, in an opinion authored by Judge Wilkinson, would have none of it: “We are not in the business of rewriting laws whenever parties allege it is difficult to comply with them.” The Supreme Court has already declared that the operator of a point source is responsible for meeting CWA permitting requirements, whether or not that operator was the original source of the pollutants. South Florida Water Management District v. Miccosukkee Tribe of Indians, 541 U.S. 95, 104-105 (2004). More importantly, the Court pointed out that West Virginia was ignoring an obvious solution to the problem of funding remediation of coal mining activities: it could increase the tax on the mining industry that supports the abandoned mine remediation fund. A pdf of the opinion is available at: http://www.publicjustice.net/Repository/Files/WVAHighlands-Opinion-090810.pdf.

The coal fuel cycle has huge environmental externalities, of which acid mine drainage is only a small part. The whole premise of a system of environmental laws is to internalize these costs into a market based economy, thus avoiding the “Tragedy of the Commons” that occurs when public goods like environmental resources are commandeered for private gain at public cost. By forcing West Virginia to collect the costs of water quality degradation from the coal industry, the Fourth Circuit is making the Clean Water Act work precisely as intended in a coherent scheme of environmental regulation. The more that fossil fuel production is forced to internalize its true environmental costs, the more competitive renewable energy will be. While a regulatory scheme that forces fossil fuels to internalize the global climate costs may not be on the horizon soon, this Clean Water Act example shows that regulation can work.

Nor, unfortunately, is West Virginia’s position that remediation activities should be exempt from Clean Water Act permitting “just because we say so” a unique claim. In fact, our own New York State DEC has from time to time taken the position that waste site remediation pursuant to a consent decree is exempt from New York’s CWA SPDES permitting program even though the remediation activities discharge pollutants from a point source into waters of the United States. New York DEC, like West Virginia, seems to be worried that if you put limits into Clean Water Act permits, some citizens group might actually go ahead and enforce them. Isn’t that the whole point?