Reflections on the First Day at Cancun 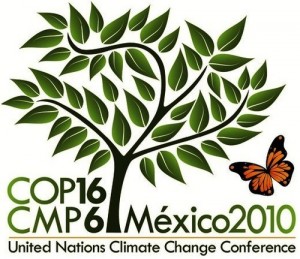 It’s the first day of the 16th Conference of the Parties to the United Nations Framework Convention, and I can’t imagine a more different conference from what I experienced in Copenhagen last year. The sun is brighter, my room isn’t in a youth hostel with six other grad students, and the negotiations are being held in a resort called the “Moon Palace” rather than the stark and utilitarian Bella Centre. But aside from the obvious differences between venues, what strikes me most is the difference in attitude and expectations.

Most of the international community went into Copenhagen last year expecting a landmark legally binding sequel to the Kyoto Protocol. Hundreds of heads of state flew in from all over the world, and countless protesters clamored outside, eager to have their voices heard too. This year, there is no star-studded guest list overflowing with international VIPs, and the only protesters I saw seemed to be the same eccentric handful of “organic vegans” that were handing out free coffee in front of the Bella Center last year (unfortunately this year they’re separated from the conference center by a highway, so no free coffee).

Officials have been working hard for months to keep expectations low. I haven’t talked to a single person here or read a single report so far that says there is a chance of getting a legally binding outcome from Cancun. Instead, the popular sentiment is that a legally binding isn’t possible until at least COP 17 in 2011, and what will come out of Cancun this year is a set of COP decisions pledging action in areas like deforestation, adaptation, technology transfer, capacity building and the future form of the Kyoto Protocol.

Only time will tell what exactly will come out of Cancun, but what is certain is that the impacts of climate change are becoming more and more evident around the world, and decisive action is needed now—not in 2011 or 2012. In their statements at the opening plenary, delegations made references to the wildfires in Russia, the flooding in China and Pakistan, and the increased frequency and severity of storms around the world. Small Island Developing states are arguing for steep cuts in emissions to protect their very existence. There is a sense of frustration here, with everyone agreeing that something needs to be done, but no one agreeing on how to answer the tough questions just yet.