Alternatives to Kyoto and Cap and Trade 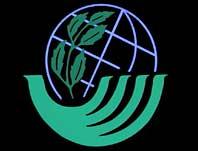 As we watch events unfold in Washington and Cancun, the prospects for silver bullet national and international climate fixes seem increasing less hopeful.  Policy makers are searching for other means of mitigating and adapting to climate change.

Patty Salkin and I have just published Climate Change and Sustainable Development Law in a Nutshell, which illustrates how national and state governments can motivate 40,000 local governments in the U.S. to use existing authority and to adopt effective local initiatives already in place to both mitigate and adapt to climate change.

As one of dozens of examples, the Nutshell explains that local governments in most states are charged with enforcing the energy construction code and that, in many states, they have the power to enhance that code to achieve at least 30% greater efficiency in newly constructed and substantially renovated buildings.  The building industry will provide millions of new homes and billions of square feet of nonresidential buildings to keep pace with our increasing population. Buildings consume the lion’s share of all electricity generated and are responsible for over a third of carbon dioxide emissions. Some predict that two-thirds of the buildings in existence at mid-century will be built between now and then.  The new International Green Construction Code, issued by the International Codes Council, contains techniques for extending this energy saving strategy to existing buildings.

The Nutshell also explains how localities can reduce their carbon footprint through transit oriented development and promoting renewable energy strategies, both of which depend on local planning and land use regulation. Local governments in the U.S. are making progress with these and many other techniques for managing climate change. While grander schemes are stuck for the time at the federal and international level, we can barely keep up with the task of identifying and analyzing progress of this sort on the ground.

Of interest to Cancun watchers, the Nutshell also covers the Rio Accords, the Istanbul Declaration on Human Settlements, the Johannesburg World Summit on Sustainable Development, and the 2005 and 2010 Millennium Ecosystem Assessment reports. These illustrate that the devolution of some legal authority to attack the full range of problems that hinder sustainable development is built into international agreements and the law of other nations. The book notes that the IPCC is considering including chapters on Human Settlements and Infrastructure in the Fifth Assessment Report.