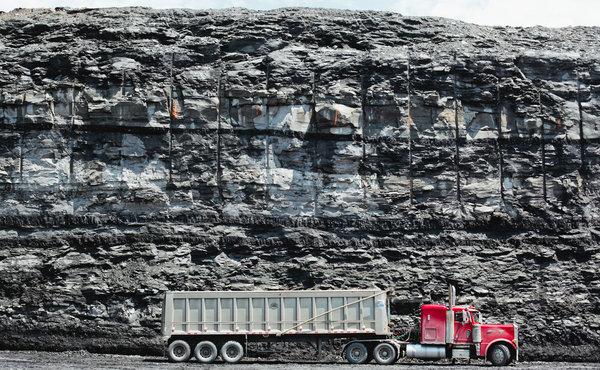 Today’s New York Times piece on the slow death of coal in the Southeast United States generally reports good news for the environment.  The fact is, coal is not only dirty, it’s uneconomical as well, and with the implementation of existing environmental controls it’s on its way out.  Industry blames environmental regulation for King Coal’s demise — I think environmentalists should willingly take the credit for imposing an appropriate cost accounting for coal’s externalities.  Now if we could only get the same internalization of costs for nukes, and hydrofracking, we’d be well on our way to a market-based sustainable energy economy.

But one sentence in the Times’ piece, speaking of proposals to retrofit a coal fired power plant to control mercury and sulfur dioxide, caught my attention:

Many of these pollutants would be significantly reduced with the retrofit, but the plant would continue to be a major source of carbon dioxide, which is blamed for global warming.

“Carbon dioxide . . . is blamed for global warming”?  I am constantly reminding my students to avoid the passive voice in their writing (and I used to point to the Times as an example of good style).  Not only is it weak writing, it is evasive — actions happen without assigning an actor.  Ronald Reagan’s famously evasive “Mistakes were made” speech in the wake of the Iran-Contra affair comes to mind.

Think Progress has another example of false balance on climate change at the Times.  If this is the best that the paper of record can do for mainstream acceptance of the scientific consensus on climate change, we are still in deep trouble.