Professor Ann Powers from the IUCN Academy of Environmental Law Colloquium in Tarragona:

Although an extensive range of energy topics are being covered, the Colloquium has focused primarily on terrestrial activities and has provided only limited discussion opportunities for those whose primary interests are the health and protection of our oceans and coastal waters.  The first occasion came Wednesday in a workshop which dealt with the well-recognized impacts, actual and threatened, of oil production in and transportation on water.  Highlighted were the issues raised by potential oil production in major new fields off the coast of Brazil. Also of special relevance was an examination of offshore oil and gas exploration in the Arctic, with a proposal by the speaker for specific actions by the European Union.  A workshop scheduled for Thursday on the issues faced by developing countries, particularly small island developing states, was cancelled when speakers were unable to attend the conference, but resulted in a small group discussion of the role of SIDS in the climate debate, and a case study of a developed island state, Singapore.

On Friday then, the workshop on the Marine Environment, Renewable Energy and Governance, drew and appreciative audience of oceans and coasts professors, who applauded excellent presentations on building the blue economy, international law and governance related to energy, and marine spatial planning.   While we are unlikely to see renewable energy development in areas beyond national jurisdiction anytime in the near future, there are already numerous wind, wave, and tidal projects in national waters around the globe which present potential environmental concerns.

Following the workshop, the IUCN/WCEL Specialists Group on Oceans, Coasts and Coral Reefs met to consider projects and activities for the next year.  It was decided to focus on renewable energy in the marine environment, with the intention or raising the profile of the issue both in the work of IUCN and in general. 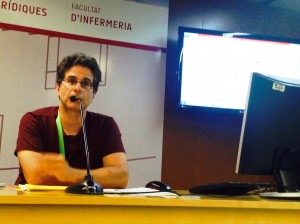